Start typing and press
Enter to search
Skip to content

Snakes. Another sign spring is here. Forget Robins. I have seen Robins here in early March when days were warming and snow was melting, just to be slammed with another 2 weeks of winter.  The poor things freeze and starve. Still, Robins are normally a sign of spring and so are Garter snakes. If you are lucky to see one.

My friend and I almost stepped on this little guy, basking in the warm sun along the trail. When Kathleen pointed it out to me, I had to get a close personal encounter with it. 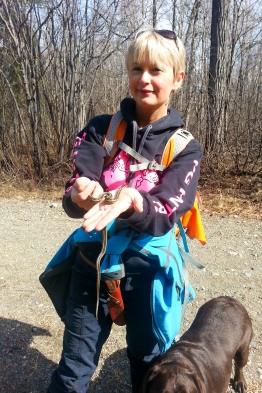 Since I was a child, every single Garter Snake I had the pleasure to come upon, I had to try to capture it. I was fascinated by them (I still am). I even tried keeping one as a pet, but I couldn’t get it to eat. Worried I would starve the little bugger, I set it free a few days later. Besides, they stink to high heaven if they pee on you.

Oh, the days when I was a child where I would find one and show everybody. The reactions I would get! Everything from smiles and nods, to downright anger with disapproving looks, to frantically backing away from me tripping over their own feet yelling “Holy F@#! Get that thing away from me!”

The latter reactions were always funny to me, still is, but I was disappointed too…snakes are cool, aren’t they? Well, harmless Garter Snakes are. I wouldn’t be running after a Rattle Snake trying to pick it up. 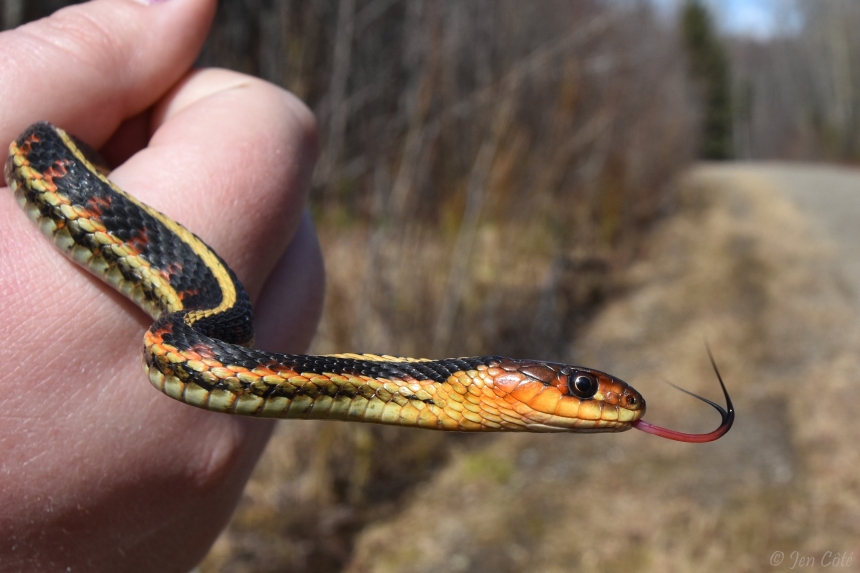 Finding and showing of a Garter Snake also meant that I had a following of other kids wanting to touch it, hold it, feel it, and keep it for themselves. I had a posse at my command, if only for a short while. But eventually, I would start to feel bad for the snake. Concern would wash over me that it was being handled too much, it might be missing its family, or maybe it was a daddy or a mommy snake. Ultimately I would put it back where I found it (except that one time I kept one as a pet) and chase the other kids away until it had a chance to get away.

The more encounters I get with these creatures, the more opportunities of wildlife photography shots and Letter Art Photography shots (letter S’s, U’s J’s, O’s?) for my business. I recently acquired the knowledge of the whereabouts of a Garter Snake den. I think it’s time to head over there and see what I can find. Perhaps the whole alphabet or maybe something that looks like what nightmares are made of. 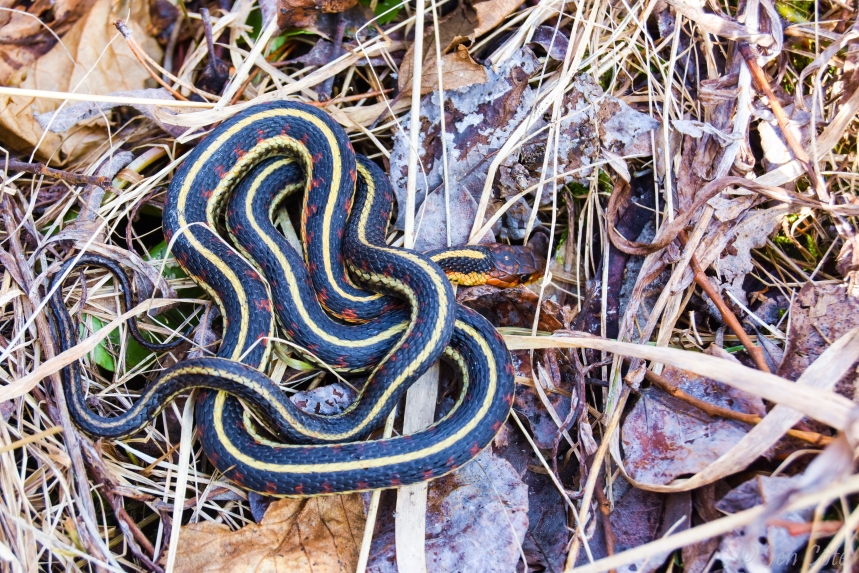 Jennifer is Wild Craft Guide and an outdoor enthusiast and with extensive knowledge of hunting, angling, foraging, and gardening and she wants to share it all with you (except maybe her best mushroom picking spots and Huckleberry spots). She offers hands-on guided classes of edible wild plants, medicinal plants, and wild mushrooms. She also offers a variety of handmade locally-produced natural products like tea and salves. Jennifer is also found out and about with her camera photographing a range of wildlife, landscapes, portraits, and photos for her Letter Art (www.letterartreflections.com).